What type of Roll Off Fits Your Needs ?

When it comes to renting a dumpster, finding the right size and type for your project can be a bit overwhelming. There are a lot of different options available, and it can be difficult to know which one is the best fit for your needs. At Prime Dumpster, we understand this, which is why we offer a wide variety of roll off dumpster rental options to meet the diverse needs of our customers.

For home projects, such as spring cleaning or remodeling, we offer smaller dumpsters in the 10-15 yard range. These are perfect for removing household debris, such as old furniture, appliances, and yard waste. They are also great for small construction projects, such as kitchen or bathroom remodels.

In addition to our standard roll off dumpsters, we also offer containers for specific types of debris. For example, if you’re working on a landscaping project and need to dispose of large amounts of dirt or sod, we can provide a container specifically designed for that purpose or if you need a dumpster for a concrete project, we have dumpsters specifically for that. We also offer containers for hazardous materials, such as chemicals or asbestos, so you can safely and responsibly dispose of these items.

At Prime Dumpster, we understand that no two projects are the same, which is why we offer a wide variety of dumpster rental options to meet the unique needs of our customers. Whether you’re working on a small home project or a large commercial construction job, we have the right dumpster to fit your needs. Contact us today to learn more about our dumpster rental options, and let us help you choose the right one for your project.

Your dumpster needs are based on the type of project and debris you will be throwing away . We offer many different sizing and specifications, but below you can find the most popular. 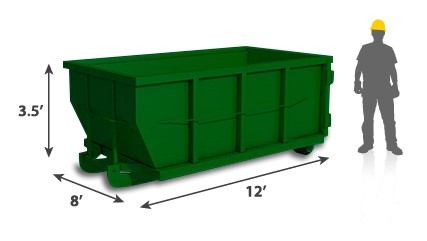 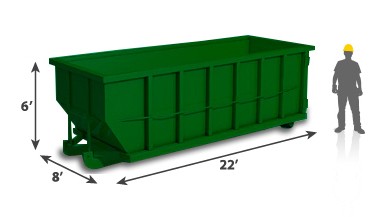 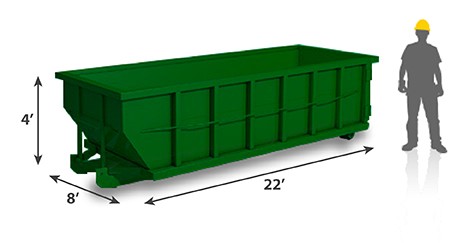 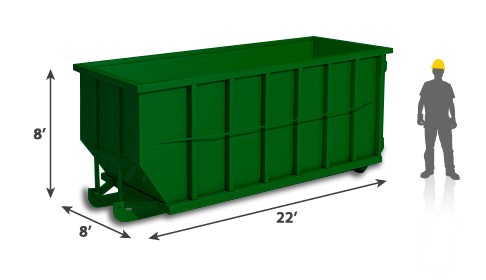 Call For A Free Quote Now

While on the phone feel free to ask us details on your dumpster size needs, what can be thrown into dumpster or how we drop them off. We’re friendly, helpfull and appreciate your business.

DUMPSTER RENTAL SERVICES YOU CAN TRUST

When it comes to renting a dumpster, the cost can often be a concern for many people. However, with Prime Dumpster, you can have peace of mind knowing that you are getting the best prices in town. Not only that, but we also offer up to one week rental period, ensuring that you have enough time to properly clean up your household or office.

At Prime Dumpster, we pride ourselves on transparency and honesty when it comes to pricing. Our fees are clearly stated and there are no hidden costs, so you can be sure that you are getting the best deal.

We offer a wide range of dumpster sizes to choose from, including 10, 15, 20 and 30 yard roll offs, catering to any project big or small. Our prices include delivery and haul away, so you don’t have to worry about additional charges, as long as it isn’t hazardous material, prohibited material, or exceed the allotted weight allowance.

Prime Dumpster has built relationships with local businesses in the Anadarko OK 73005 area, so we are able to offer low cost and quality service. We understand that time is of the essence, which is why renting from us is quick, easy, and convenient. All you have to do is pick up the phone and call us to schedule your delivery. Our friendly customer service reps are available to answer any questions and help you choose the right size dumpster for your project. And if you need more time with your rental, simply let us know before the delivery date and we will be happy to accommodate you.

In conclusion, if you’re looking for an affordable and reliable dumpster rental service in Anadarko OK 73005, look no further than Prime Dumpster. We offer transparent pricing, a variety of dumpster sizes, and a convenient rental period, making us the perfect choice for your next clean-up project. Contact us today and let us take care of all your hauling needs.

Customers in the Anadarko OK 73005 can greatly benefit from our dumpster rental services. We have knowledgeable, friendly customer service reps who are always eager to help you out. We also have unbeatable terms that we take pride in!

Rent a dumpster from Prime Dumpster to clean up your property for an affordable rate. We have absolutely no hidden fees so there are no surprises when you receive the quote over the phone or online. Many Anadarko OK 73005 residents already take advantage of our dumpster rental services for their properties that need cleanups or remodels. With just one phone call we will schedule your delivery and provide you with the roll off container when needed.

You can count on us to haul away anything from concrete to household waste. We are equipped with the right tools and knowledge needed for proper disposal at our designated facilities, so begin your cleanup today!

Now, we know there is a lot of garbage that comes with DIY projects. That’s why having an easily accessible dumpster rental in your driveway can make all the difference!

Contact our customer service reps to get your low-cost flat rate. We can give you a 10, 15, 20 or 30 yard dumpster rental for any DIY project that has lots of space in it!

A little city called Anadarko, Oklahoma is situated in the state’s southwest, about 50 miles south of Oklahoma City. It has a population of about 6,500 and serves as the county seat of Caddo County.

The Native American tribe known as the Anadarko, who were the area’s first settlers, inspired the city’s name. The Caddo Nation, a collection of tribes that inhabited the region for thousands of years prior to the arrival of European invaders, included the Anadarko tribe. After its founding in 1891, the city expanded rapidly as a commerce hub for the nearby agricultural region.

The rich cultural heritage of Anadarko is one of its key attractions. The Anadarko Indian Cultural Center, which houses exhibits on the history and culture of the Caddo Nation, is located in the city. The center also holds celebrations of the tribe’s history and customs throughout the year. A tour of the neighboring Caddo Indian Heritage Center, which is situated on the campus of the Anadarko High School, is also available to visitors.

The Washita Battlefield National Historic Site, which honors the location of the 1868 conflict between the American Army and the Southern Cheyenne, is another well-liked destination in Anadarko. The location offers a self-guided walk of the battlefield in addition to a visitor center with exhibits on the conflict and the local history.

The city also has a lot of parks and recreation spaces, like the boating, fishing, and picnicking-friendly Anadarko City Lake. The “Oakwood Golf Facility,” an 18-hole golf course in the city, is also accessible to the general public.

Anadarko’s economy is fueled by a number of oil and gas firms, which are located there. The Anadarko Petroleum Corporation, one of the biggest independent oil and gas firms in the world, is based in the city. The business has a substantial presence in the city and employs a sizable number of citizens.

With numerous schools located around the city as well as the Caddo Kiowa Technology Center, which offers technical and vocational training to both youth and adults, Anadarko also boasts a robust educational system.

In conclusion, Anadarko is a tiny city in Oklahoma that is incredibly diverse in terms of its history and culture. It boasts a robust economy supported by the oil and gas sector and a top-notch educational system. It is the perfect location for those who are interested in learning about the history of the region and the culture of the Caddo Nation because it offers a wide variety of recreational activities and historical sites to visit, such as the Anadarko Indian Cultural Center and the Washita Battlefield National Historic Site.

Want to save money when renting a dumpster? Prime Dumpster has affordable prices and is the best in town! We even give you up to one week. You can’t beat our terms or fees; we have no hidden costs, either.

Calling us is the easiest way to get a dumpster. We have 10, 15, 20 and 30 yard roll offs for you to choose from in the Anadarko OK 73005 area! All of our trucks are well-maintained so that your hauling needs will be met with ease. Our prices include delivery and haul away as long as it isn’t hazardous material – there’s no need for hidden fees or comparison shopping when you call us!. You also have up to one week with your rental; if you want more time just let one of our friendly customer service reps know before they schedule delivery!

A dumpster rental can be a great solution for your household or office clean up needs. Prime Dumpster has built relationships with local businesses so we’re able to offer low cost and quality service. Renting from us is quick, easy, and convenient – all you have to do is pick up the phone!